Combo Mixed Doubles Leagues are comprised of co-ed teams and are open to USTA members age 18 and over.  The season runs from September to December, with a District Championship in January. Play formats are consistent with the Combo Doubles Men & Women’s Leagues.

This league does not count toward a player’s year-end NTRP rating. 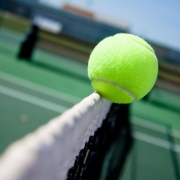 Summer Doubles Fun!! USTA Combo Men’s & Women’s Doubles league is scheduled to begin the week of July 12, 2021. League Play days/times for all levels. If you would like to play or Captain a team for this league, please email @ sistaslice@gmail.com. The Combo Doubles League is a team competition for men AND women […]