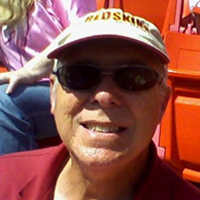 March 2012. Bill Hart, what can I say about Bill Hart? I can say, he loves his Tennis and loves and enjoys captaining. In his spare time (what little he gets as a Certified Public Accountant with a very busy practice), he always takes on a team to captain.

World TeamTennis and Spring Adult League season is tax season, his busiest time of the year, yet he still finds time to fields and captain a team. He has captained teams for the Spring USTA Adult League and Fall Virginia Beach Tennis Patrons leagues for at least 15 years. He has Captained World TeamTennis Teams for at least 10 years and if the days works out in his favor, he will captain a USTA Mixed Team. If he cannot captain, he plays with the team.

Bill had knee surgery and was unable to play for a while and during that time; he handled his captaining duties all the same. When Bill is not playing tennis he is on his bike. Bill is an avid cyclist, another of his passion.

As League Coordinator, I can always count on Bill to have a team, “Rally Kings” (the only team name his teams have known). Thank you Bill and the Rally Kings!! Team’s team song “I Can’t Get No Satisfaction” but I do know Bill gets a lot of “Satisfaction” being a Captain!

From Karen Tucker:
“He is a good captain whose players are loyal to him year after year. He is well liked in the tennis community.

Last summer, our area was fortunate enough to win a lottery wild card for 3.0 men in the USTA Virginia District, our winning team was already going to participate but we were given an opportunity to send a second team. We offered the spot to Bill and his team with less than two weeks until the district tournament. He jumped in full speed with enthusiasm and pulled his team together and was able to field a full team with no forfeits. He and his team members loved it and had a great experience.”