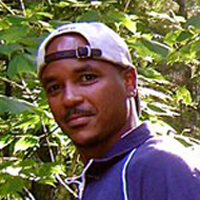 November 2012. January 2012 was Michael Stoney’s debut into the captaining role and he has been learning and growing with each team he captains. The first time he was asked to be a Captain, he replied, “Sure I will, but I have no idea what to do.” But, he stepped up and did a great job!

He captained a 9.0 USTA Mixed team in April, and his Team “Dig Deep” advanced to the USTA District Championships. For a first time Captain, that is something awesome! He captained an 8.5 Combo Men’s Doubles team in July and at present is captaining his 4th team of the year, a Tri-level Men’s Doubles Team.

Stoney, the name he goes by, is a dad of four, and they keep him busy because he takes an active role in every aspect of their lives. He owns his own business, “dug” (down under gear), which also keeps him busy traveling back and forth to New York, the business’s home base. But with all this, he makes the time to captain when called upon.

“Dig Deep” is his motto on and off the court. Stoney is generous, truthful and passionate in all he does and that is why he can command a team — a team of loyal teammates.

Thank you Stoney for all you do!! You are a natural!!