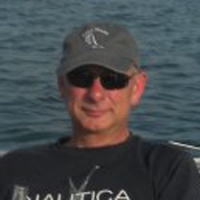 Sergio Diehl debuted as a first time Captain in January 2013 for the WTT League. As luck would have it, on his first day “on the job” , he feel hard and injured his wrist. He was taken to the hospital to tend to what we all thought was just bad sprain. But, it turned out to be much worse – Sergio had actually broken his wrist and needed surgery. “Did a real good job,” as he put it — displacing and cracking the end of the radius. The doctors put in a pin and screws to realign it all. It was at the end of the bone and the wrist needed to be supported, so they kept him over night as well.

What a nightmare for my first time captain. Aside from my concern about Sergio, I also thought, I had lost a player and a Captain and the league had just begun. I figured he was going to throw in the towel, but it turned out to not be the case at all. A couple weeks later, he was back “on the job” captaining his newly formed team, even though he could not play. A week following his return to captaining, he was on the courts again — playing with one hand and a cast on the other!

What a trooper! His team “The Lobbers” was very supportive and he did an awesome job as Captain. I do believe the players all came together as a team for the first time for this league. Now they are on to another League (USTA Mixed 18 & Over) and another team. And, yes, Sergio is still at the helm.

This is what tennis, teamwork, and captaining is all about. Sergio always has a smile, which is very infectious. He was even smiling on his way to the hospital and all the time encouraging his players to continue and do their best! Love it, love it!! Love Sergio’s attitude and his can-do spirit.
Thank you Sergio!